Live-streaming and pre-recorded video are both great formats, but which one is right for your video goals? 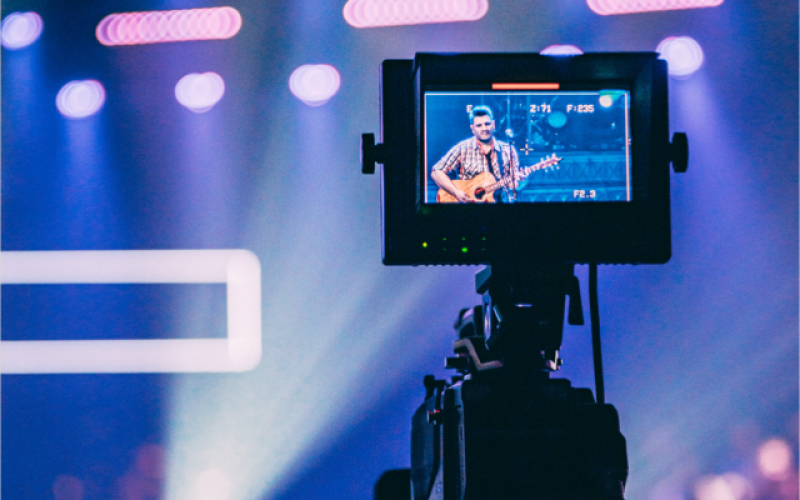 With Odeum, publishers can offer a library of pre-recorded content, as well as broadcast live streams directly to their subscribers. Both live and pre-recorded formats have huge benefits, as well as some drawbacks you’ll want to be aware of. Each of them could have a place in your online presence, so let’s explore the possibilities!

Live Video: Easy, Fun, and Of the Moment

Let’s start with the newer of the two formats. Though live broadcast has been possible in television for decades, it is only recently become accessible to nearly everyone. The past ten years has seen the explosion of internet live-streaming as a viable medium for telling stories, reinforcing communities, and building brands. Live streaming has helped unique creators to find their niche because of its flexibility and resource efficiency. Live streaming on average takes less time, and costs less money than traditional, pre-recorded content. With less emphasis on sets, scripting, and editing, and without doing multiple takes, live-streaming is the go-to for creators looking for spontaneity and convenience in their broadcasting. It also helps that live video is very much on trend at the moment, with popular streamers growing their audiences constantly, and daring new artists expanding the medium all the time. Live-streams tend to be personal, unpolished, and lighthearted. They are great for letting your personality shine. If you want to brand yourself and your company as accessible and up on the trends, live-streaming could be for you.

This exciting new medium is not without its drawbacks, however, and you might want to consider some of the negatives before you go all-in. The “live” part of live-streaming is certainly a double-edged sword, and although it can be a powerful way for you to connect with your audience, it can also open you up to huge vulnerabilities. Live media is always being broadcast without a safety net, no matter how much prepping you’ve done. Things can go off the rails in an instant if you have technical troubles, an issue with your talent, or if the universe simply decides to throw an obstacle in your path. Live-streams have been de-railed by anything you can even remotely think of- strong winds, live animals, even a video game boss or two. Live-streaming is also a medium with clear limits. Without multiple takes, editing, deliberate shot set-ups, and intensive scripting, you may not reach your fullest artistic ambitions. Live-streaming will work best for you if you accept and embrace its limits.

When it comes to visual, filmic storytelling, there is no better option than pre-recorded video. You see the final product before anyone else, so you’ll communicate exactly what you mean to. From the very beginning, with scripting, you’ll be methodically laying out what you want to say and show. During shooting, you’ll be able to do as many takes as you like, and tailoring performances to get closer to your vision. In the editing process, you will put it all together from the very best of what you’ve captured. These steps of the filmmaking process don’t just allow you to deliberate about what you want, either. They open the door for you to creatively solve problems in a way that live media won’t allow. Shooting from multiple perspectives can give urgency and emotion to scenes of action and dialogue. Creative editing can cover up mistakes made during shooting. Great writing and a practiced performance can bring things out of on-screen talent that an improvised, single-take performance wouldn’t allow for.

All of the things that make pre-recorded video an exciting form also make it an expensive and time-consuming one. Whether you write, shoot, and edit yourself, or pay others to help you, you can’t avoid the how demanding it is on your resources. The time and money you’ll put into the average pre-recorded video is far more than what you’ll put into the average livestream. It’s up to you to decide if the extra polish is worth it for your brand and business

Ultimately, both live-stream and pre-recorded video formats have considerable strengths and weaknesses. Depending on your goals, you might use one more than the other- but don’t turn your back completely on either one. You might use both formats to work toward different goals, and you never know when you might want to switch things up. With Odeum, you can stream pre-recorded and live videos to paying subscribers on your own streaming service. Check our some of our pricing plans to see if Odeum is the right choice for your business!